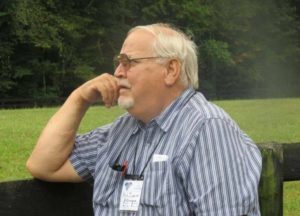 President of the National Birmingham Roller Club sadly passed away on November 16, 2016 after a battle with heart disease. It’s assumed that Jon Farr who is the Vice President of the organization will take on the responsibilities of President however this is yet to be confirmed. 0

He was never quite able to assume his position as President due to his illness, but he served as an excellent Vice President during my presidency in 2014 and 2015.

His dearest friend and running mate, Ferrell Bussing, was not able to be at his side due to his commitment to judging the NBRC Finals.

God bless you, Nick, and speed your journey home. We appreciate all you did for the roller hobby.”