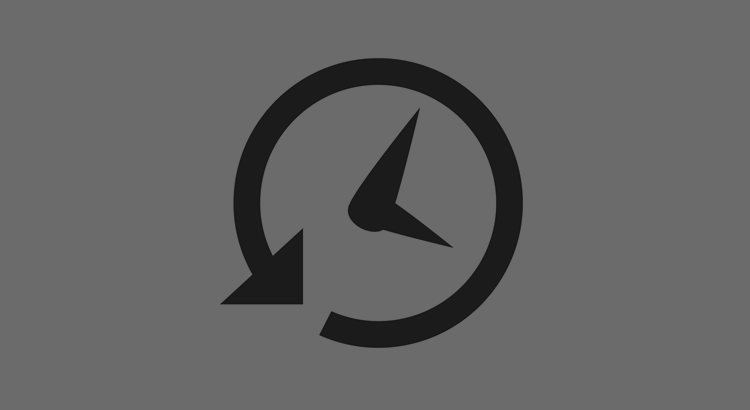 You gotta love roller history. I ran across an article in an old roller publicationwhich despite being short, is great. The piece looks to be written by Richard Espinoza about how Jaconette got his ‘start’. Here it is, along with a photo of the article page below.

Richard ‘s experience with Rollers, the breeding and the flying, goes back to his youth, which was spent in the Connecticut area where he associated with Bill Pensom, Leroy Smith and Raymond Perkins. After seeing Richard’s birds in action it is quite evident that he picked up a lot of knowledge from these very famous men in the “Flying Roller” hobby.

Richard’s birds are basically a blend of three families. In the mid-’70’s Richard acquired some fine stock of the Houghton-Neibel line via Dave Sanchez and Richard Espinoza of Los Angeles. A few years later some of J. Leroy Smith hens were skillfully introduced into the stock and in 1978 Richard was able to get some of his original stock and strain, which he had in the 1940’s. This latter stock had been bred from offspring directly off the imports from England. The birds bred from his stock from the East resemble very much in type and colours the three shipments made by Bill Barrett of Birmingham, England, to members of the Toronto Flying Roller Club this year. The Houghton and Neibel influence was evident in the blue and black checks being flown.

The above is an excerpt taken from an article written by Bill Harris of Canada about a visit to the home of Richard Jaconette in November of the ‘80’s. Here’s a bit of history on how Richard’s family of Rollers actually began and why Richard has been so successful.
First, Richard’s original stock pigeons were all bred by or out of Dave Sanchez’s family of Rollers. Three pair were given to Richard by Dave and two pair were from a young roller man with birds from Dave named Mike Gordon. Another two birds were given to Richard by myself. One of these birds was out of an outstanding spinner, a dun-self. The other was a spangle hen that spun but had faults enough so that I could obtain her from Dave. I liked her type.

Dave’s family of rollers was from three pairs originally acquired in 1971 from Joe Houghton’s lofts and two pair from Hans Rotenbacher. One of the Houghton cocks was out of a Monty Neibel cock. Joe, Hans, Monty and Dave are hard-core breeders and flyers (performance is the only consideration). Richard started with spinners bred from spinners.

Second, Richard did breed and fly the pigeons for the first five years. He selected aerially. However, he did confide in Dave and I that he stocked the whole first round the first year without flying them. He showed us a dun-bar badge as the best out of that bunch typewise. He did cross in the Smith blood and Perkins blood later. However, I saw this as more of a necessity for sales. Perkins and Smith sold better than Sanchez and Espinoza, Lynn and Lavin. The only change that he made was adding more color, but the hear, the engine, the strong propensity to roll frequently was set by Houghton and Sanchez. These predecessors were successful winners of many competitions previous to the Jaconette years.

Best in the Sport, 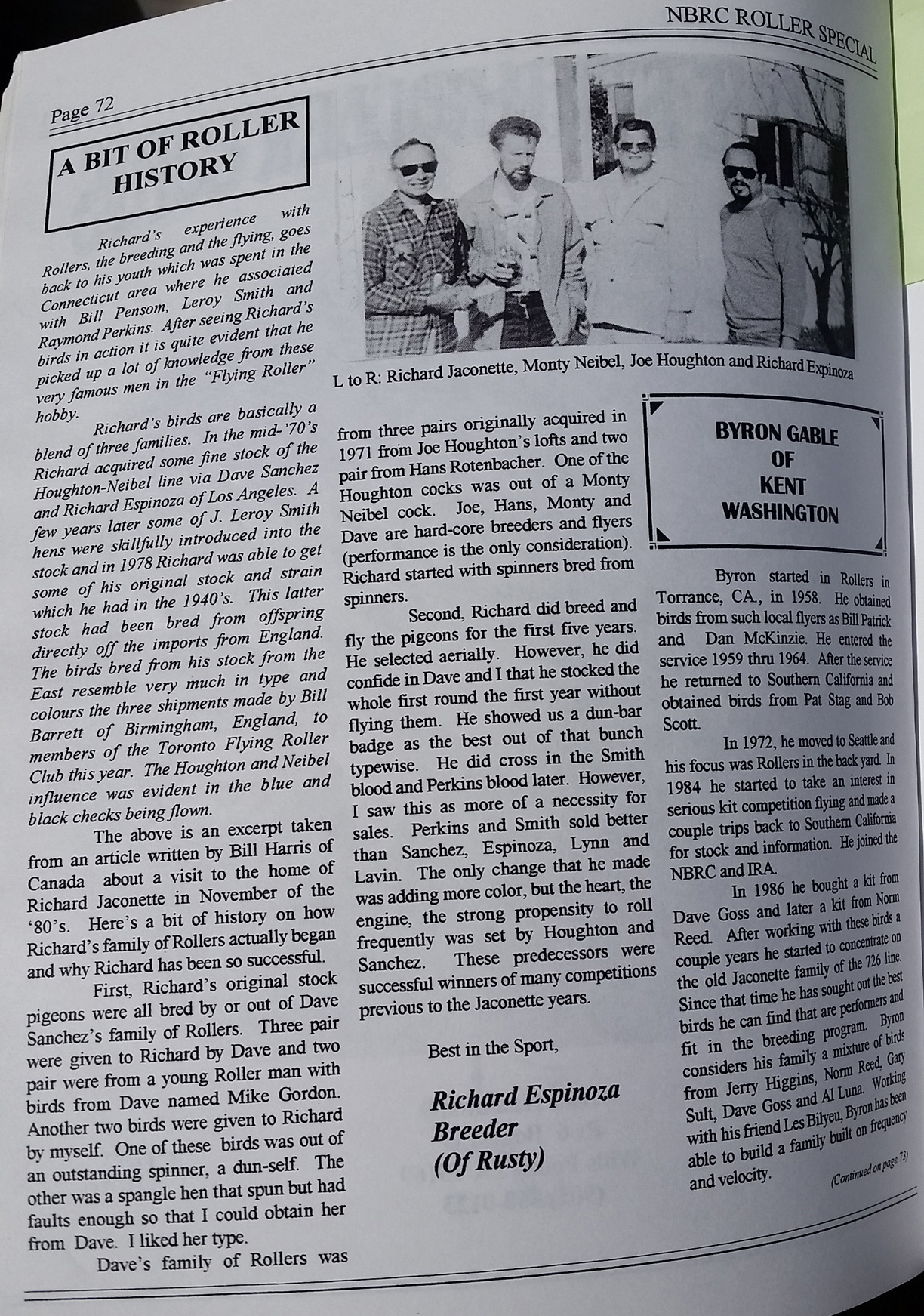